SAN FRANCISCO, May 9, 2017 /PRNewswire/ — Tubi TV — the leading free streaming TV and movie network— today announced a $20M round of funding led by Jump Capital. Existing investor Foundation Capital, who led their Series A, is also joining this round of funding. Investors Danhua Capital and Cota Capital are also participating. The funding will accelerate growth and expansion of Tubi TV, including its OTT premium ad inventory, with which the company expects to claim market leader status.

Advertising demand for premium video providers such as Tubi TV continues to grow. Since 2014, overall online video ad sales have increased nearly 20% annually over the past three years, with the online video ad market projected to experience double digit growth by 2020. More than 37 million U.S. households watched ad-supported shows on connected TVs in 2016, according to Modi Media. According to Nielsen, 75% of the highly desirable target audience — which is Tubi TV’s core audience — report that ads don’t bother them as long as the content is free. 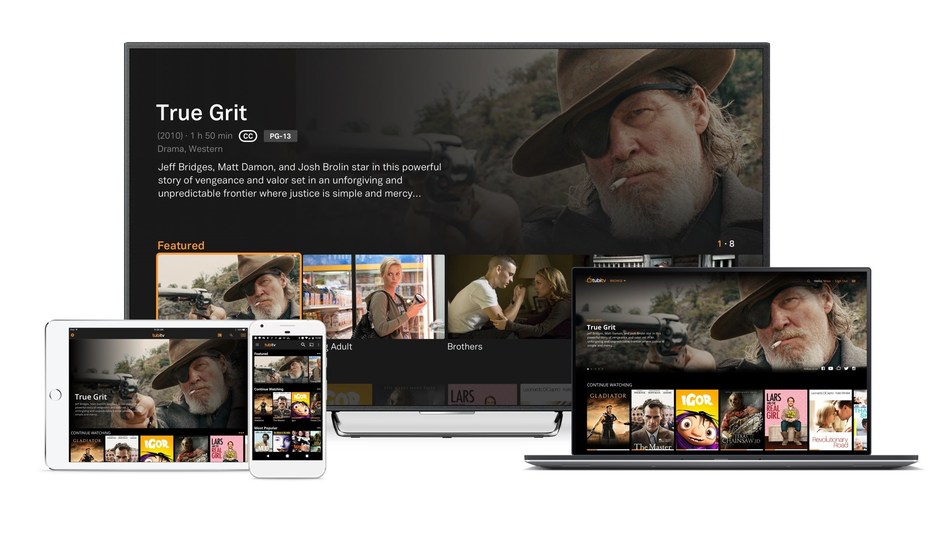 Tubi TV is available on multiple platforms and devices

With content partners that include Lionsgate, MGM, Paramount Pictures and Starz, Tubi TV counts more than 50,000 titles in its constantly growing library and offers advertisers access to an audience that’s different than online video or traditional TV advertising.

“We have made it our mission to build the best destination for free movies and TV shows,” said Farhad Massoudi, Founder and CEO of Tubi TV. “Consumer response has been overwhelmingly positive, and today Tubi TV is the top ranked free entertainment app on most mobile and OTT platforms. This funding round will allow us to further expand our reach and deliver even more robust targeting and measurable ad inventory to advertisers.”

Leading a revolution in how viewers consume entertainment, Tubi TV was launched in 2014 and today is the largest and fastest growing free TV/movie network with an audience larger than HBO Now and CBS All Access, combined. Ranked as the number one free streaming app for both Android and iOS devices, the company’s audience grew by an eye-popping 9X growth rate in monthly active users (MAUs) in 2016. Tubi TV attributes much of this success to its ability to combine deep data mining and its proprietary TV analytics platform with the robust content offering from its studio partners. This unique blend of product and technology allows Tubi TV to stay ahead of the curve in meeting consumer demand.

“Looking at this space, it became clear to us that there is a massive group of consumers migrating their viewing to mobile and OTT, but finding themselves underserved by the live TV bundles and the universe of competing paid services they find there,” said Yelena Shkolnik of Jump Capital. “The incredible organic growth, engagement metrics, and wealth of content partners made it clear that Tubi TV is rising as a leader that consumers are adopting to fill that gap.”

With TV ratings on a downward spiral and online video quality in question, the segment of everyday Americans who are cutting the cord and turning to Tubi TV is growing daily,” said Joanne Chen, partner at Foundation Capital. “For consumers and advertisers, Tubi TV is the portal of choice for movies and shows.”

Shkolnik and Chen were both recently appointed to Tubi TV’s Board of Directors.

In November 2015, Cota Capital led the company’s Series B round, with additional investors including MGM, Lionsgate and a group of Hollywood investors.  As part of the round, strategic investors also licensed hundreds of titles from their respective catalogues to Tubi TV. Today, Tubi TV’s streaming library features Oscar-winning films and Emmy-winning TV shows that span more than 40 genre categories from comedy, drama, family & kids, classics and horror, to niche segments such as Korean dramas, anime, and British TV.

Tubi TV is the free Internet TV network that offers the largest collection of movies and TV shows. Led by a team of passionate entertainment and technology enthusiasts based in San Francisco, Tubi TV is freeing premium movies and TV shows so viewers can be entertained without the hassle of subscription fees or credit cards. Commercials ensure that Tubi TV remains free for everyone.

Watch Free Movies and TV Shows on Tubi TV on Android and iOS mobile devices, and on OTT devices such as Roku, Apple TV, Chromecast, Xbox 360, Xbox One, Sony, Samsung and Amazon Fire TV. Watch on the web at http://tubitv.com.

To view the original version on PR Newswire, visit:http://www.prnewswire.com/news-releases/tubi-tv-announces-20m-in-funding-300453866.html