Meet a Scientologist Zens Out With Yoshikawa Wright

LOS ANGELES, Sept. 13, 2019 /PRNewswire/ — Scientology Network’s MEET A SCIENTOLOGIST, the weekly series spotlighting the everyday lives of Scientologists from around the world and all walks of life,...
by vstartye September 14, 2019

LOS ANGELES, Sept. 13, 2019 /PRNewswire/ — Scientology Network’s MEET A SCIENTOLOGIST, the weekly series spotlighting the everyday lives of Scientologists from around the world and all walks of life, announces an episode featuring the award-winning sculptor Yoshikawa Wright. 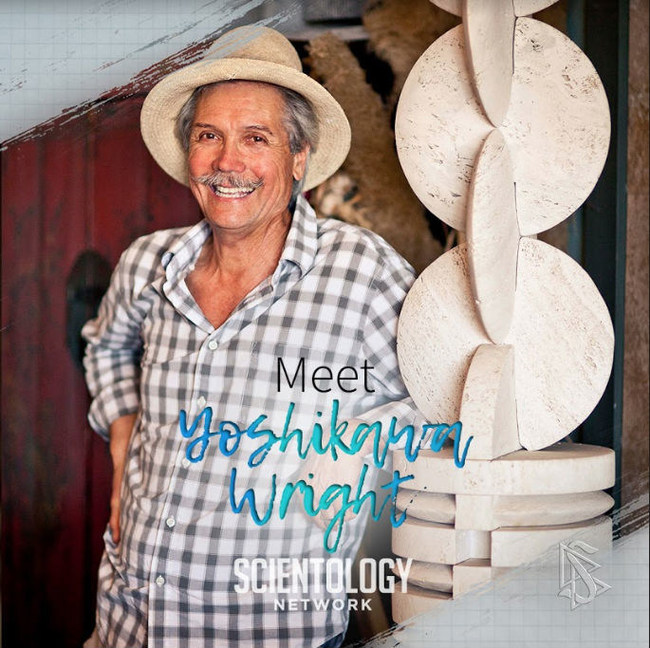 Yoshikawa Wright grew up living and traveling through the U.S., Europe and Japan. These experiences exposed him to a wide variety of cultures and art. As a child, he was a gifted artist and he went on to become an award-winning sculptor of stone, creating visually stunning and mood-transforming stone water features.

Yoshikawa Wright was born in Japan to an American father in the military and a Japanese mother. When he was three months of age, his family relocated to Alaska and thereafter moved frequently. As a child, he was inspired both by the beauty he saw in nature and his mother’s calligraphy and painting. Following in his mother’s footsteps, Yoshikawa won his first art competition in elementary school. While attending University of Colorado Boulder, he took his first course in sculpting stone. After a stone sculpting apprenticeship in Japan, he made the decision that he would dedicate his life to becoming a sculptor, regardless of the hardships such a career choice might pose. After moving to Los Angeles, he became known for creating stunning stone-sculpted water features. His award-winning works are featured in art galleries and commercial spaces throughout the country and internationally. By way of example, Yoshikawa’s sculptures are displayed in Wolfgang Puck’s Spago restaurant in Beverly Hills, Caesars Palace in Las Vegas and the Huntington Art Museum of Pasadena. His Los Angeles Fallen Firefighters Memorial has been highly acclaimed. Yoshikawa and his wife, Gigi, a classical pianist, live and work in Los Angeles.

The Scientology Network debuted on March 12, 2018. Since launching, the Scientology Network has been viewed in 238 countries and territories worldwide in 17 languages. Satisfying the curiosity of people about Scientology, the network takes viewers across six continents, spotlighting the everyday lives of Scientologists, showing the Church as a global organization, and presenting its social betterment programs that have touched the lives of millions worldwide. The network also showcases documentaries by independent filmmakers who represent a cross section of cultures and faiths, but share a common purpose of uplifting communities.

Broadcast from Scientology Media Productions, the Church’s global media center in Los Angeles, the Scientology Network can be streamed at Scientology.tv and is available through satellite television, mobile apps and via the Roku, Amazon Fire and Apple TV platforms.