DONATION IS THE LARGEST IN THE ORCHESTRA’S HISTORY  TORONTO, Oct. 10, 2019 /PRNewswire/ – Matthew Loden, CEO of the Toronto Symphony Orchestra (TSO), tonight announced to a packed auditorium...
by vstartye October 11, 2019

DONATION IS THE LARGEST IN THE ORCHESTRA’S HISTORY

TORONTO, Oct. 10, 2019 /PRNewswire/ – Matthew Loden, CEO of the Toronto Symphony Orchestra (TSO), tonight announced to a packed auditorium at Roy Thomson Hall a gift of $10 million from the estate of long-standing supporters and patrons Tom and Mary Beck. The gift is the largest single donation in the Orchestra’s history. This donation brings the lifetime giving of the Beck family to the TSO to over $20 million. 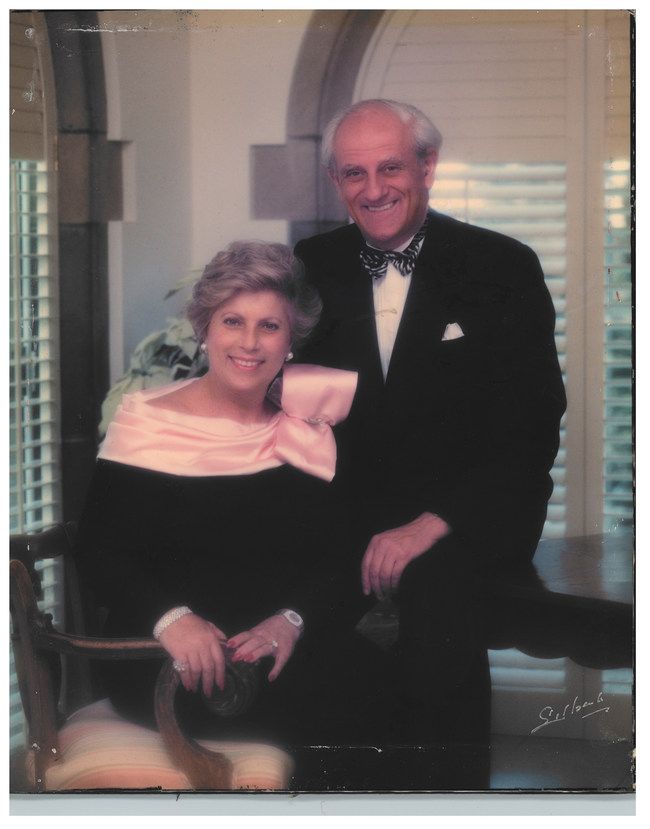 This historic $10-million gift from the Estate of H. Thomas and Mary Beck has an impact that is immediate and lasting. In accordance with the wishes of the family, the gift has been directed toward the support of key artistic initiatives over the coming years, as well as important financial objectives including the reduction of the accumulated deficit and growing the Toronto Symphony Foundation endowment.

“My profound thanks to the Beck family on behalf of the entire TSO community. The gift from the Estate of H. Thomas and Mary Beck is the culmination of a lifetime of generosity, and represents an incredible legacy for all of us at the TSO to steward—we are deeply grateful. The Becks’ support ensures continued bold artistic programming in the coming seasons, and will reinforce investments in education, community engagement, and audience development, which are all vital to the mission of the TSO,” says Matthew Loden, CEO.

“Tom and Mary Beck were the kind of friends and supporters that every arts organization dreams of,” says Sir Andrew Davis, the TSO’s Interim Artistic Director. “They loved the music of the Toronto Symphony passionately and believed that what it gave and continues to give to Toronto and the world is no mere luxury but rather a vital part of the fabric of life.”

In addition to their generous donations over the years, the Becks showed their love of the symphony with their time and energy. Tom, who passed away in 2015, sat on the Board of Directors for 22 years, and served as Chair in the early 80s. Mary, who passed away last year, was a constant and supportive presence, beloved by the musicians. Both Tom and Mary welcomed TSO musicians into their lives with warmth and grace. The family legacy lives on through their children Anthony, Liddy, and Cathy. Currently Chair of the TSO Board, Cathy Beck has served as a Director since 2015.

For more on the life and legacy of Tom and Mary Beck, click here.

One of Canada’s most respected arts organizations, the Toronto Symphony Orchestra (TSO) plays a vital role in the city’s dynamic cultural life. Committed to serving local and national communities through vibrant performances and expansive educational activities, the TSO offers a wide range of programming that resonates with people of all ages and backgrounds. With a notable recording and broadcast history complementing international touring engagements, the TSO is a unique musical ambassador for Canada around the world.

The TSO continues its long-established history of connecting younger generations with orchestral music. Two core programs include School Concerts, performed for over 40,000 students annually, and the Toronto Symphony Youth Orchestra (TSYO), which, in a tuition-free model, offers high-level orchestral training for talented young musicians aged 22 and under. Additionally, the TSO supports the development of next-generation artists through its annual open call for Canadian orchestral scores, and its essential Resident Conductor and Affiliate Composer positions.

Sir Andrew Davis serves as TSO Interim Artistic Director for the 2019/20 season, prior to the arrival of incoming Music Director Gustavo Gimeno in 2020/21. Sir Andrew Davis is well known to Toronto audiences, having a 44-year relationship with the TSO and returning to the TSO stage regularly.

The TSO was founded in 1922 by a group of Toronto musicians and gave its first performance at the historic Massey Hall. Since 1982, Toronto’s iconic Roy Thomson Hall has been the TSO’s home, drawing patrons from around the world. Soon to celebrate its centenary, the Toronto Symphony Orchestra’s name remains synonymous with musical versatility and growth, and artistic distinction.

Hanergy Takes a Notch up in Solar Car Market